This family shares their experience with our Ronald McDonald House program. 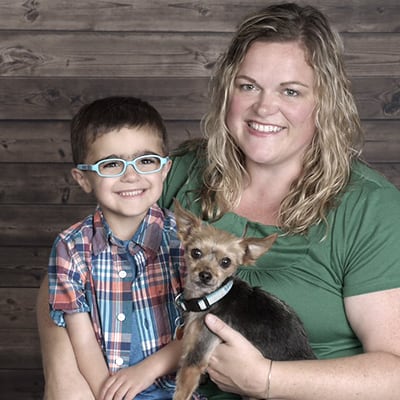 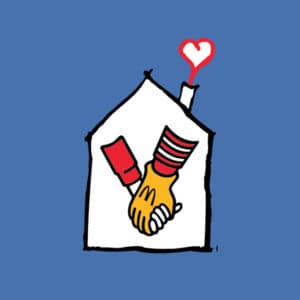 William was in respiratory distress and admitted to the Neonatal Intensive Care Unit.
For his parents, the next few days were a blur.
“At 35 weeks pregnant, I was admitted to the hospital with severe preeclampsia. Due to the seriousness of my condition, my doctor determined it was safer for me and my son to deliver early. After 13 hours of labor, my son’s condition deteriorated, and he had to be delivered by emergency cesarean. William weighed 4 pounds, was in respiratory distress, and was immediately admitted to the Neonatal Intensive Care Unit at Sanford Hospital in Fargo.

As most new parents have experienced, the next few days were a blur. However, as my discharge date from the hospital grew closer, it became more evident that my son would not be coming home with me until he had grown strong enough and surpassed specific milestones required to leave the NICU. The estimated time for his stay was 5 weeks.

At the time, I was living with my now ex-husband in Grand Forks, ND. After going through 13 hours of induced hard labor and emergency surgery, I was in no condition to make the 160-mile daily round trip to be with our son. To add insult to injury, my son’s father had been fired from his job when he chose to be with me at the hospital in Fargo for the birth of our son instead of showing up for his scheduled shift at work. We were in a very difficult position physically, emotionally, and financially.

With the help of a social worker at the hospital, we were referred to Ronald McDonald House Charities of the Red River Valley. The day after I left the hospital, we were given a private room and numerous comforts of home you would never find at a hotel, including hot meals, the full run of a kitchen, shuttle service to and from the hospital, laundry services, and a tremendous amount of support from the people running this organization. When I sat in the director’s office and explained our current financial status, she told me we didn’t need to worry about paying for anything. RMHCRRV would be there to support us the entire time our son was in the hospital. To say we were overwhelmed by the generosity we received from this organization and the people running it just doesn’t cut it.

Through the grace of God and the healing hands of the NICU doctors and nurses, our son ended up spending only 10 days in the NICU instead of the expected 35. We left the Ronald McDonald House much sooner than originally anticipated. However, the moment we walked through their doors, we knew no matter how long his stay was, there would be a place for us there.

I never expected to be in a situation where my family and I needed the Ronald McDonald House. No parent does. And there are no words to describe the relief, gratitude, and overwhelming emotion we felt the first time we walked through their doors. They took numerous stressors off our plate and allowed us to focus on what was important – our son recovering and growing strong enough to come home. He turned 4 on July 16, 2019, and is as healthy, spunky, and full of sass as any other 4-year-old out there! “